What is Weapon Detection Technology? Current standards for weapon screening were first written in 1974 and updated in 2003. These standards include screening procedures that rely on metal detectors, hand wands, and invasive bag checks that are slow and manual, resulting in uncomfortable, and unsafe, crowding. The world is a different place than it was nearly 50 years ago, making past standards for metal detectors obsolete.

Weapon Detection Technology That Changes with the Times

The new weapon detection technology alerts operators to the presence of weapons while ignoring harmless personal items like cell phones, keys, and coins. 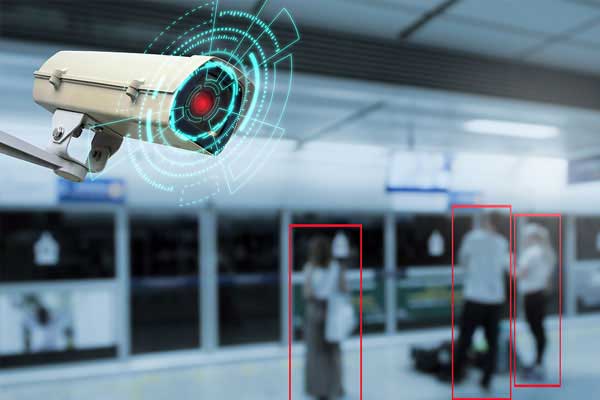 Weapon detection standards were written for jails, courthouses, and airports. These venues can afford to spend several minutes with each visitor, checking them thoroughly for all potential threats.

When you choose a weapon detection solution from MCA, families and groups can enter venues without long lines and without invasive checks. MCA’s weapon detection technology is designed to keep everyone safe by recognizing a firearm and the human movements and behavior consistent with gun violence.

Every operating environment is unique. Re-evaluating what worked for airports, prisons, and municipal buildings is critical to understanding the right security solutions for significantly different types of venues, their unique visitors, and the potential threats they may encounter. When you choose MCA, you can choose a solution that works best for your venue. Early detection is often the difference between life and death. According to the FBI, most active shooter incidents are over within five minutes, often before police have time to arrive. With weapon detection solutions from MCA, you can reap the benefits of using AI:

Monitoring is ubiquitous and constant

In the best of scenarios, the advance notice available through AI provides teams with the opportunity to stop those intent on harm.

Weapon detection technology from MCA is capable of much more than gun detection. It can also help you manage the workflow of any incidents, including multi-channel notifications, safety system integrations, automated management and intelligence gathering from those affected. With MCA you get instant weapon detection, proactive threat identification and the confidence that your people, buildings and assets are protected. Prepare for the Future

Weapon detection technology from MCA can account for its own performance when used with a web-based and mobile-enabled analytics application. This technology supports post-event analysis and future operational planning.

You can view visitor arrival curves and alarm rates by entrance, time, and date to understand where and when the flow of people—and threat objects—peak. Staff entrances accordingly for a proactive approach to security and operations.

Weapon detection technology from MCA provides early warning and detailed information. In a situation where every second can make the difference between life and death, the speed and accuracy of the response are critical. For this reason, MCA’s solution harnesses the power of a cloud-based platform to pre-program the many elements of an emergency response.

You can plan for different types of situations in advance and then capture this plan in a series of steps that can be executed automatically. Plan in advance, for multiple situations, so you can make use of your expertise and follow best practices when not under duress. Consider that the turnover rate for security personnel is 300% every year. This means that three million individuals work as security officers every year—for an average of just four months each. The guards’ low levels of experience and expertise can contribute to more potential threats getting through.

Physical security is always about more than detection technology alone. Security screening involves an integrated system of people, processes, and technologies that work together to address the threat in a specific operating environment. And defining the right technology to balance physical safety and guest experience relies on understanding how it fits within this broader system. When a potential threat is detected by the system, real-time image-aided alarms show guards where the potential threat is located on a person or in his or her bag. This greatly reduces the amount of physical contact required and allows guards to act quickly and efficiently. Integrate with Security Technologies Across Your Venue

Easy-to-configure integrations with security technologies like video management systems and mass notification systems are built into MCA’s weapon detection solutions. These integrations allow critical notifications and alert images to be communicated to the extended security ecosystem throughout your venue.

Teams at the security operations center can instantly receive verified threats, requests for assistance, and location information from the MCA platfiorms. These notifications initiate security protocols and procedures when a weapon is identified at the system to better protect your guests and employees.

Detecting Firearms Instead of Anything Metal

The original weapon detection standard in 1974, the NILECJ 601.00 Standard for Walk-Through Metal Detectors for Use in weapon detection, specified standards for walk-through metal detectors used in courtrooms and prisons. Detection success throughout the standard is measured based on the technology’s ability, at the indicated sensitivity level, to find any quantity of metal large enough to be a weapon and to ignore smaller quantities of metal.

The standard has been revised over the years, but the updates don’t mention the requirements for throughput and venue type. Instead, the revisions focus mainly on specifying appropriate testing procedures to prove the technology’s ability to detect increasingly smaller sizes of metal objects.

Artificial Intelligence, applied to the task of gun detection, is computer software programmed to recognize a firearm within a video stream. Fueled by a system of thousands of images, the weapon detection software from MCA learns to recognize a gun in various positions and environments, such as a gun held in a hand or resting on a table, or a gun on a sunny day, as well as one inside a darkened hallway. As the system grows, so does the software’s ability to detect.

Currently, there are nearly 70 million surveillance cameras installed in the US. That’s just under one camera for every five Americans. The volume of video recordings simply outnumbers the eyes that can watch.

With MCA’s AI-powered weapon detection solutions, those reams of video can be viewed, analyzed and acted upon quickly and reliably in real-time. Unlike human monitoring, AI scales to any number of cameras and is unwavering in its attention to detail. When a gun is detected, a series of events is immediately triggered, most notably the passing of critical data to security teams, alerting them to potential danger and prompting them to take preventative measures. Many organizations have some form of monitoring which includes panic buttons or similar systems which allow their people to trigger an alarm. Unfortunately, people may be unable to do this because of the immediate threat, such as a gunman holding up a convenience store. In this circumstance, an AI-equipped system can detect the presence of the weapon and raise the alarm independently. MCA’s weapon detection technology functions in this way to alert multiple members of an organization or to contact a separate monitoring organization.